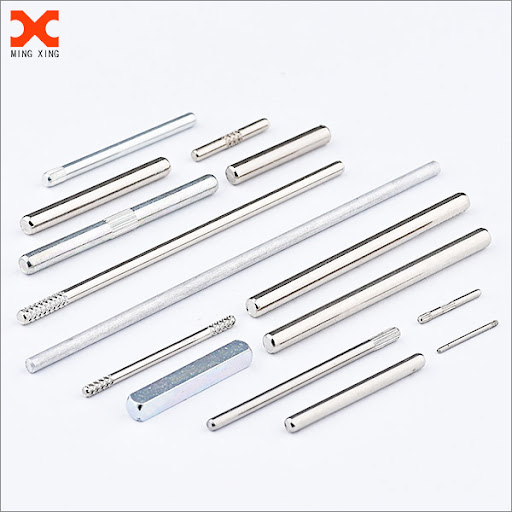 What are dowel pins - Yuhuang Electronic Technology Co., Ltd. Dowel Pins : a steel pin, usually cylindrical, that can keep machine parts in proper alignment or fasten them together. Inserted into receiving holes, dowel pins hold together parts of an assembly with friction. They may also be used as location pins. These pins are common in the automotive and aerospace industries as well as in furniture making. Dowel pins are often used as precise locating devices in machinery. Steel dowel pins are machined to tight tolerances, as are the corresponding holes, which are typically reamed. A dowel pin may have a smaller diameter than its hole so that it freely slips in, or a larger diameter so that it must be pressed into its hole (an interference fit). When designing mechanical components, mechanical engineers typically use dowel holes as reference points to control positioning variations and attain repeatable assembly quality. If no dowels are used for alignment (e.g., components are mated
发表评论
阅读全文

What are deck screws from Yuhuang Electronic Technology Co., Ltd. 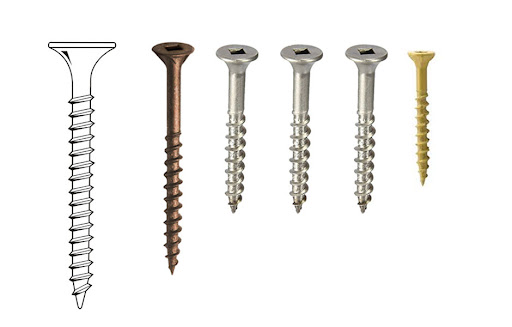 What are deck screws from Yuhuang Electronic Technology Co., Ltd. Deck screws : Similar to drywall screw except that it has improved corrosion resistance and is generally supplied in a larger gauge. Most deck screws have a type-17 (auger type) thread cutting tip for installation into decking materials. They have bugle heads that allows the screw to depress the wood surface without breaking it. Bugle head :  Similar to countersunk, but there is a smooth progression from the shank to the angle of the head, similar to the bell of a bugle. Drive style of screws Modern screws employ a wide variety of drive designs, each requiring a different kind of tool to drive in or extract them. The most common screw drives are the slotted and Phillips in the US; hex, Robertson, and Torx are also common in some applications, and Pozidriv has almost completely replaced Phillips in Europe. Some types of drive are intended for automatic assembly in mass-production of such items as automobiles. More exotic
发表评论
阅读全文

What are countersunk screws used for - Yuhuang Electronic Technology

What are countersunk screws used for - Yuhuang Electronic Technology A screw is a type of fastener, sometimes similar to a bolt, typically made of metal, and characterized by a helical ridge, known as a male thread or just thread. Countersunk Screws A common use is to allow the head of a countersunk bolt or screw, when placed in the hole, to sit flush with or below the surface of the surrounding material. Countersunk heads are often used in soft and hard woodworking applications. Countersinking is especially necessary when working with hardwoods. Countersunk screws are a type of fastening that sits flush with the surface of the material it occupies. These screws typically are used so that you can cover them easily with either a screw cap or piece of wood. Other applications include the need for a fastening not to protrude so other objects can rest upon it stably, or to fasten it further to another object. The typical angle of a countersunk screw head is 82 degrees, but this varies dep
发表评论
阅读全文

What are Chicago screws? From Yuhuang Electronic Technology 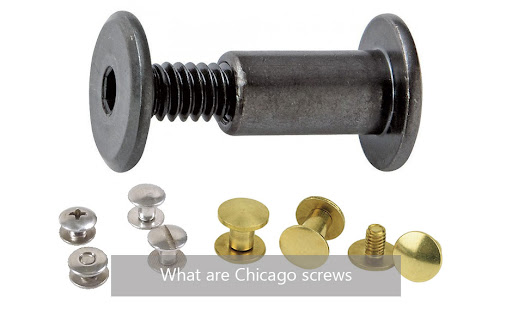 What are Chicago screws? From Yuhuang Electronic Technology Chicago screws, which are also known as a barrel nut, barrel bolt, sex bolt, post and screw or connector bolt. Chicago screws is a type of fastener (nut) which has a barrel-shaped flange and protruding boss that is internally threaded. The boss sits within the components being fastened, the flange provides the bearing surface. The sex bolt and accompanying machine screw sit flush on either side of the surfaces being fastened. It is normally chosen because of its low profile compared to other nuts. The sex bolt often has a built-in feature, such as a slot, to aid in tightening the fastener. Some sex bolts, more commonly known as ‘architectural bolts’, have knurled barrels to allow one-sided assembly. ‘Binding posts’ are similar to architectural bolts in that they are designed to be assembled from one side, but they have teeth on the flanged surface to keep them fixed. A sex bolt is a mating fastener combining a fastener (nut)
发表评论
阅读全文
更多博文